Renewal and Transformation Through Kung Fu

Any news worthy updates for the site can be found right here from now on:

08/14/11:  Some major changes to the site in the recent weeks... tour around to see them. My Sifu and I have updated the site with certificates for my most recently achieved sashes and we have uploaded a video of my recent Advanced Orange Sash Test.  Finally, I have added a new folder to the Photo Gallery revealing various stages of my long awaited "mystery project."  Hope you enjoy looking around the site and maybe even find some inspiration!

Welcome to my  Healing Journey 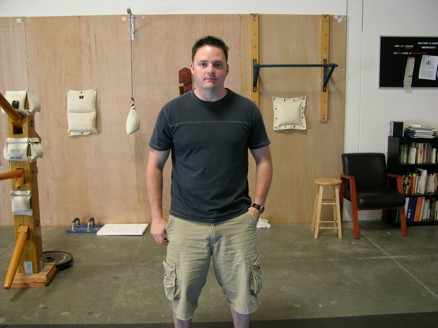 Welcome to The Healing Journey Project: Renewal and Transformation Through Kung Fu.  This site is intended to catalog my journey as I recover from combat injuries sustained while in Iraq in 2008.  As such, I would like to take a little bit of time to discuss the genesis of this project and share with you what I look to gain, and what Kung Fu has already given me.  In a word however, what I look to gain and what I have been given is “hope.”

On September 30, 2008 while on a combat patrol in the Al Anbar Province of Iraq, The LAV-25 I was commanding sustained a direct hit from an IED.  That day would become the most important of my life.  It may be hard to comprehend how the fraction of a second in which an electrical circuit was activated by a simple, rudimentary switch allowing current to be transferred from a tiny 9 volt battery, to a detonator initiating the explosion of 120 mm mortar round would in an instant change my life forever… but, it may be the best thing that ever happened to me.